At his core Ken Konrad is an innovator and engineer, looking at problems and seeing solutions. We spent a day at Konrad’s headquarters in Hudson, Wis., for insights on what makes the “Stern Drive Specialist.” 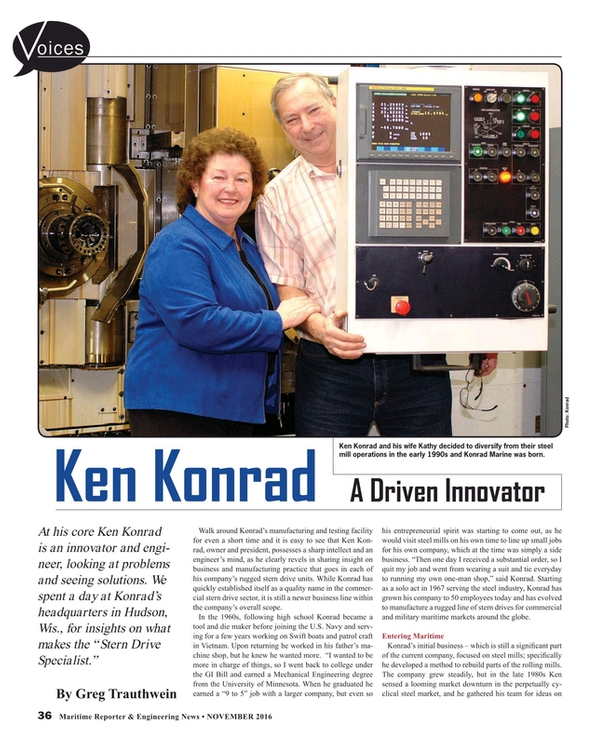